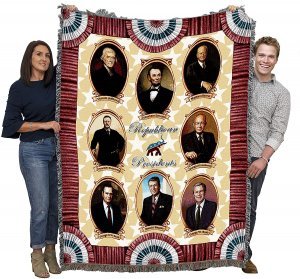 Blankets and Quilted Covers are household accessories that hold great importance and a lot of times, great sentimental value as well.

Because of the snuggly nature of blankets and quilted covers, children often associate memories of warmth and feeling protected by them, and adults too.

When talking about or buying blankets and sheets you often hear the phrase thread count.

Thread count means the number of thread woven together lengthwise and widthwise in a square inch.

For example, to produce a thread count of 300, 150 lengthwise threads are woven together with 150 widthwise threads.

The idea is that the finer threads you can weave together, the softer and finer the fabric. Blankets come in different types, shapes and sizes, let’s discuss some of the many different types of blankets.

Quilts are handmade blankets that are made by stitching different fabrics together. The fabrics that can be used to make quilts are unlimited and people often get creative. Like my friend who’s mom made a quilt using all her high school sports t-shirts.

Think quilts often have an extra layer sewn in the middle to add more warmth and weight. Quilts are made of padding enclosed between layers of fabric and kept in place by lines of stitching. What makes it different from others is the way pieces of cloth are stitched together.

A duvet is another type of blanket. It’s used mostly in the bedroom and is also used to make beds. A duvet a lot of times is used to replace a comforter when you want something warm and thick but not as warm and thick is a comforter.

A duvet is usually filled with down, feathers, wool or other natural stuffing to create a warm bed covering that takes the place of quilts and bedspreads.

Duvet is the French word for down, as in down from birds. Is already mentioned, duvets are rather like comforters, except that they have replaceable, washable covers – much like large pillowcases.

Speaking of a comforter, it is one of the more common ways that people keep warm. It is used is the outermost layer of a bed and so it is usually also decorative.

A comforter can be quite heavy as it is filled with different materials that help provide warmth. A comforter is used mostly during cold weather.

This is because, a comforter is meant to keep the user warm, especially during sleep, although they can also be used as mattress pads. Comforters are generally large and rectangular in shape, filled with natural or synthetic insulative material.

Throw blankets are usually light and can be used both in the bedroom and living room of a house. When you are sitting on the couch in the living room and it gets a little chilly, a throw blanket comes in handy.

Or if you just want to snuggle up by the fire and watch a movie, a throw blanket is the best option. Many homes have a basket in the living room where a throw is stored along with throw pillows.

Fleece blankets are usually thinner and smaller than throw blankets but the service pretty much the same purpose. They are soft and light and are also used when you need to snuggle up on the couch or for a movie.

An Afghan is a type of blanket that falls in the same family is the throw and fleece blankets. They are however usually made by knitting or crocheting with yarn.

They are usually handmade and made DIY style by people is gifts or is sentimental items. An Afghan is usually laid on the back of a couch or an armchair.

These kinds of blankets were first made in Afghanistan (hence the name) and commonly used yarn to make the blanket with geometric designs and many holes in lacy patterns.

Security blankets are used mostly by children. They are a smaller version of bigger blankets that can be taken anywhere to replicate the feeling of warmth and comfort that a blanket brings. The can be found anywhere in the house and come in handy when you’re traveling with kids.

A blanket sleeper comes in the form of an overall that can be worn and is used mostly by children during cold winter months.

The blanket sleeper consists of a loose-fitting, one-piece garment of blanket-like material, enclosing the entire body except for the head and hands.

Like bag-like coverings, the blanket sleeper is designed to be sufficiently warm as to make regular blankets or other bed covers unnecessary, even in colder weather.

Is the name implies, an electric blanket is a blanket that has an integrated heating device to provide heat when in use.

The electric blanket has a control that can be used to adjust the amount of heat the blanket produces.

The electric blanket is used in extremely cold situations. They are quite risky to use is a damage to the blanket (like a pet chewing on the blanket) can lead to severe accidents like fire and/or electrocution. I do not recommend. I mean, who wants to sleep under an inter-tangled web of wires.

Hoover blankets are basically newspapers used as blankets. The reason term Hoover was used was because, during his time, President Hoover was blamed for the Depression and also for not doing anything about it.

People living on the streets covered themselves with newspapers for warmth as they had no job and no money.